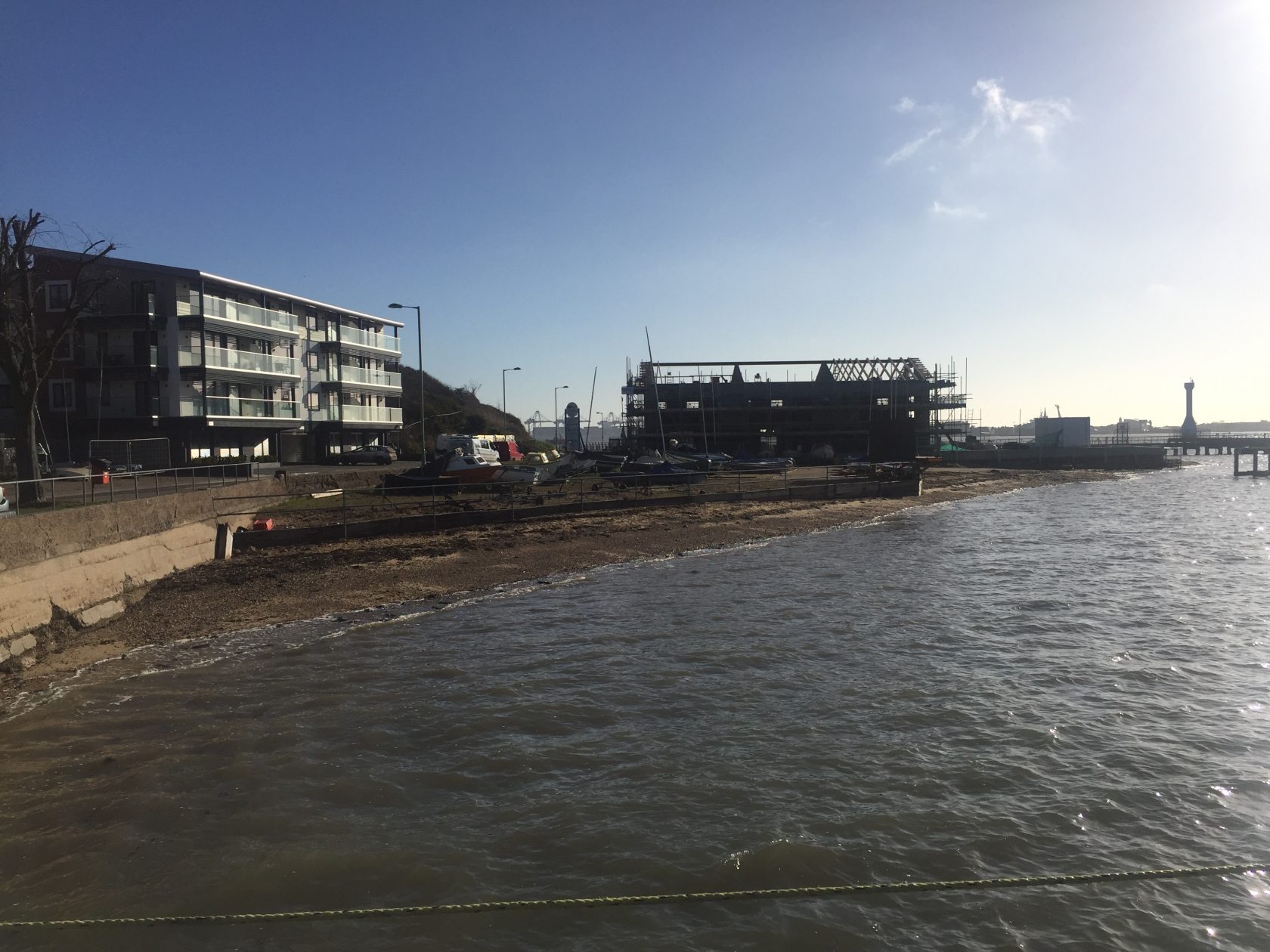 Many people have asked us about the new housing development happening on the beach next to the pier. Planning permission was gained some years ago for this beach development, but only started in  2018.

This photo, taken from the pier itself, shows the first three houses being built.

The developer recently completed flats on King Edward Drive facing the harbour (on the left of the photo), and their next stage is to build houses on the beach area.

The photo shows the roofline taking shape for the first three homes which are designated to have workshop space on the ground floor with two-storey homes above the workshops.  The overall height of this block of three houses will be 10m (33 feet) tall. Their original plan had a curved roof but there was a minor amendment last year to have a pitched roof.  These three houses face Shotley Pier.

Visitors will need to walk further out along the pier promenade to get a view of the sea-ward side of the harbour or Felixstowe docks.  The pier promenade section does extend further into the river than the housing estate.  The up-river views will not be affected.

The final section of beach housing to be built will face Felixstowe docks. The developer also has existing planning permission to build more flats around the corner at the Marina.