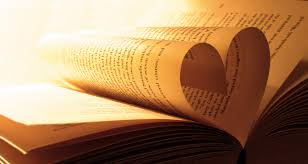 We are seeking to interview people who have memories of the Pier.

The Board has always wanted to celebrate the personal stories of people who care about the pier. We’ve teamed up with author Robert Ashton, for whom this will be his 20th published book. As a child Robert lived at Brantham and so used to visit the pier himself more than 50 years ago. His book will be an exploration into the pier’s past, its present, and the hopes people have for its future.

He’s describing the book, which will be titled ‘River of Hope’ as a collective biography, sharing the stories of those he meets or speaks to, both by design and also by chance. Robert takes his inspiration from George Ewart Evans, who wrote about rural Suffolk before the Great War. He too wrote the stories of people he met, capturing them before they were lost.

Robert is currently researching the book and conducting interviews, some face to face and some over the phone. If you would like to share your story about the pier, please contact Robert by email, robert@robertashton.co.uk  or get in touch with us and we’ll make an introduction. He hopes to have the interviews completed by mid-September, so that the book can be published in time for Christmas. The book will be a fundraiser for the pier, as well hope, as spreading word about why this project is so important.