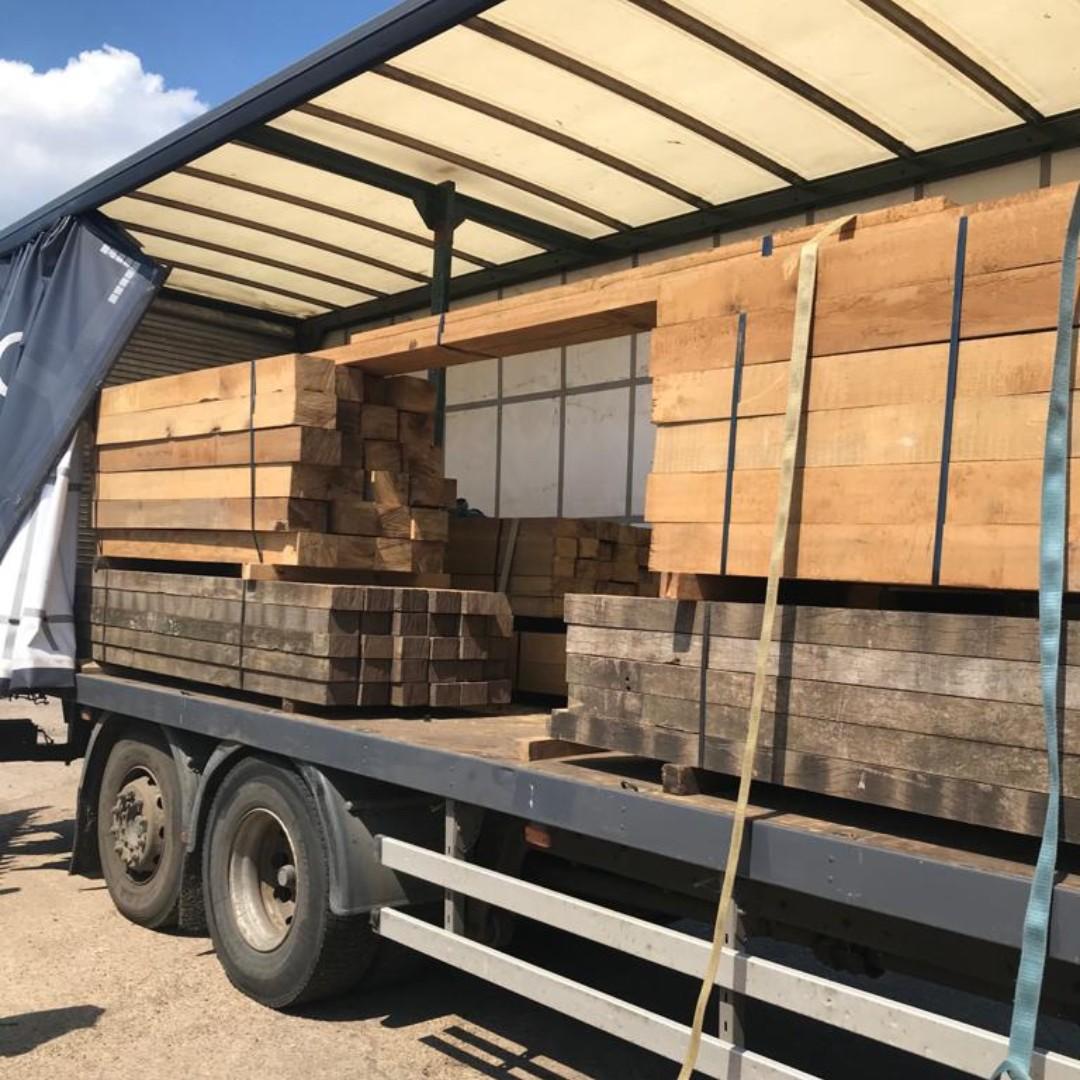 The Directors of Shotley Pier are delighted to announce the start of renovations from Wednesday 17th June 2020.  This follows three years of community fundraising to restore the popular Pier in Shotley Gate, Suffolk, built in 1894, and which has a rich local history.

Work was due to start in March, but national lockdown emerged to delay the start. Contracts had already been awarded with Amicus Civil Engineering appointed as the main contractor, and Ashwells Tropical Timbers as supplier of reclaimed timbers.  A central feature of the refurbished pier will be durable 17 metre Greenheart piles reclaimed from the Woolwich Ferry Terminal and decking boards reclaimed from a pedestrian footbridge over the River Cam.  Pier volunteers visited Ashwells timber yard in Upminster, and selected the reclaimed timber, being attracted to its strength, beautiful character and sustainable credentials.

The timber is currently at Thorogood Timber in Ardleigh, whose expert team is milling bespoke grip grooves before it starts its new life on the pier (see photo of timber on truck).

“We’re thrilled to be providing a selection of FSC certified reclaimed Greenheart for the rebuilding of the historic Shotley Pier.”

“Amicus Civil Engineering are very proud to be involved in the first phase of renovations to the historic Shotley Pier. Having worked on Ha’Penny Pier for the past few years, just across the water from Shotley, it is especially pleasing to be continuing the preservation of other important local landmarks. We are looking forward to being part of the team and seeing the pier open to the public in due course. “

The pier team deferred starting to the new date of 17th June to allow Malcolm (Malcy) Pridmore’s  funeral cortege to pass undisturbed, as he previously owned the popular pierside burger van.  The funeral procession is planned to visit the riverfront on Tuesday 16th June from 11.30 so people can have their chance to say goodbye and Malcy can be near the river one last time.