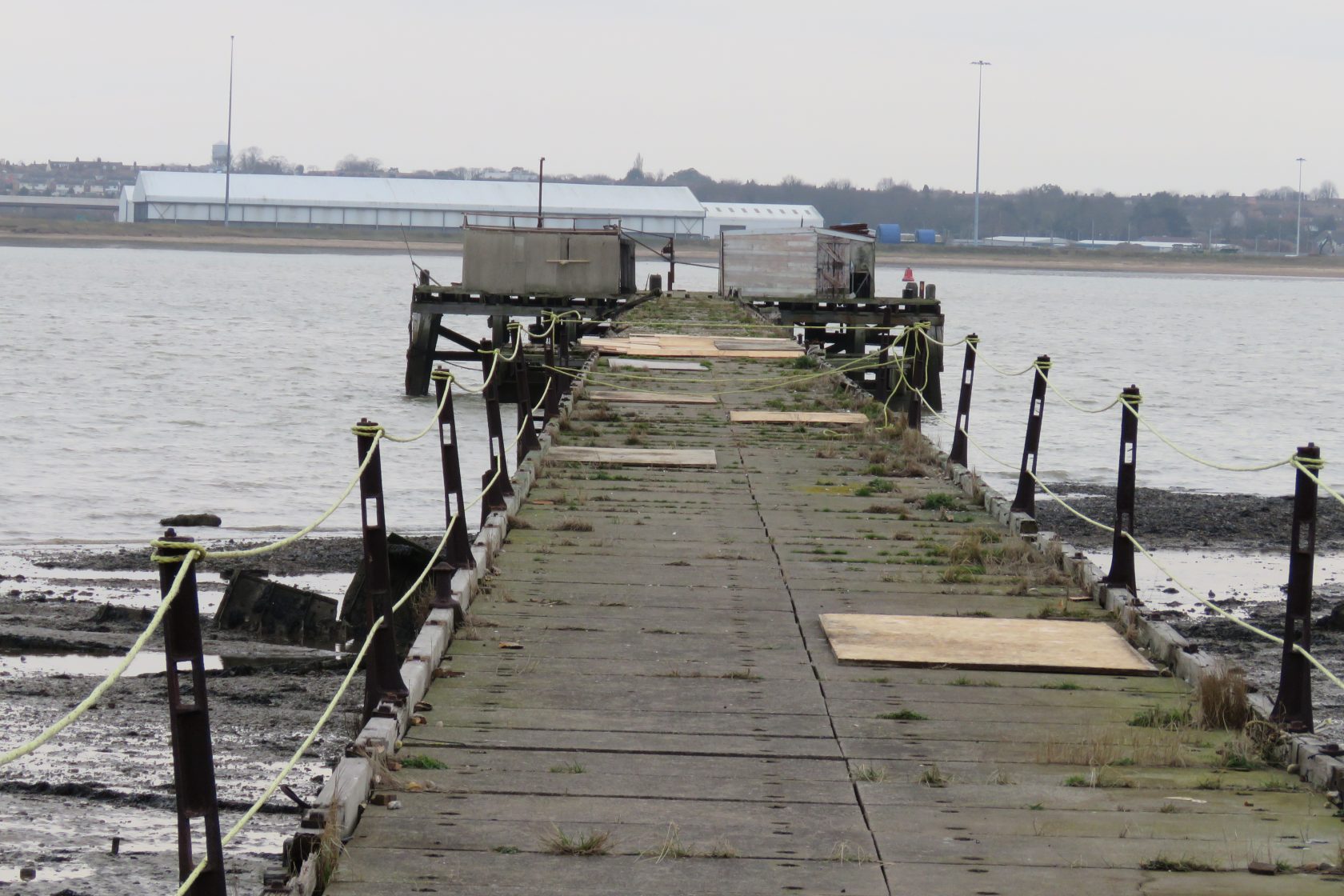 The Pier group has completed some urgent works on the pier, with the removal of two asbestos concrete roof panels on the fishing sheds, and unstable railings which were about to fall into the river.

The East of England Co-op was very helpful in  viewing the site, discussing options, and helping  pier volunteers get quotes from asbestos disposal companies, not an easy task for this challenging site . Several companies declined to give a quote – with holes in the decking and windy conditions, it was never going to be easy to carry the asbestos off the pier.  Safe disposal in accordance with asbestos regulations was the easy part once it was all on land.

Strong winds were the main concern for the people involved, and there had to be a risk assessment on the day regarding wind  gustiness and direction, as well as whipping up the water to make the workers wet and cold. Steve from SKL said:  “This has to be one of the most unusual jobs I’ve ever done.”

SKL put temporary decking in several areas where it was too dangerous to walk with heavy panels, and this remains in place for other works

Chairman John Davitt said: “We needed to urgently remove the asbestos concrete panels as the stormy weather last spring made the sheds vulnerable, one shed was leaning alarmingly by this month.  We had hoped to include the asbestos removal in our preliminary works, but the delay to planning permission meant we needed to get the repairs done now.”